Just saw this cheesily cute movie with Marisa Tomei. (If you’re reading.. “it was a cheesy movie, but the weak one didn’t change the channel cause she’s cute”, you might be right. But I didn’t say it.) It was called, hmm.. happy accidents. Even the use of profanity in it was cute, in a B cheesy sci-fi romantic comedy sort of way.

It was “just” when I started typing this post an hour ago. I had this irresistible urge to take a nap, and I didn’t bother to resist. Irresistible remember? Sleep is good. I think I am catching up on last night. Anyway, did something yesterday/today that’s made me feel all icky and gross for a bit. Lazy and undriven as I may be, I don’t “just do” stuff. Or do stuff that I know is.. substandard. I might not do, but seldom do it not cool. And yes, I like using 17 sentences where 1 would suffice, you word miser you. If you noticed that, that is.

It’s been a while since it has come down to this, but after mucking around most of last night (and day, getting nowhere) with some relatively complicated stuff trying to get something working, I sort of broke around 7 am. I crashed, missed class. Woke later and decided to turn in whatever I did do. Not really bothering about general correctness or coolness, which was as a serious lapse in quality control. Like I said, I feel icky. One more of these normal human days. They suck, and breaking is not fun. It makes you feel all lack of persistency, and uncool.

Things have been pretty messed up at work. I mean literally, not just this breach in quality control. The network people are overhauling connectivity related cabling. Which is good and all, except that it is taking a lot longer than one might imagine it might take. And it’s not just cabling, other infrastructural modifications related to it are being added too. The whole place is quite topsy turvy. Don’t they realize we, read I, have productivity issues even without these added irritants? And sustaining power and connections has been a joke with people randomly moving things around trying to find the nearest working sockets. Sigh.

Got home early to catch up on some shut eye and paperwork. it’s obvious which of those I haven’t bothered to get into. I have amassed like a billion bills to sort out with roommates over time. For a long time, I guess it was me who owed other people, so they’d eventually calculate and ask me, so I didn’t bother. Now I realize they owe me a ton of cash. And I’m too lazy to even calculate how much and ask them. I hate being the responsible one, paying all the bills and things. Finally decided to fill up this form to request for an MS. It should take 10 minutes, and I hope I do it. I am sure it’s not a bad thing to have a degree. You know, just as a piece of paper that reminds other people you’re evolving intellectually.

Ahh yes. That felt good. Literally sleep typing. Just a whole lot of unnecessary verbosity, not worrying about the picture. But, it’s not like it was forgotten. Oh no. So here it is. Forest type places need leaves. Unleafy forest places are quite plainly unforesty. 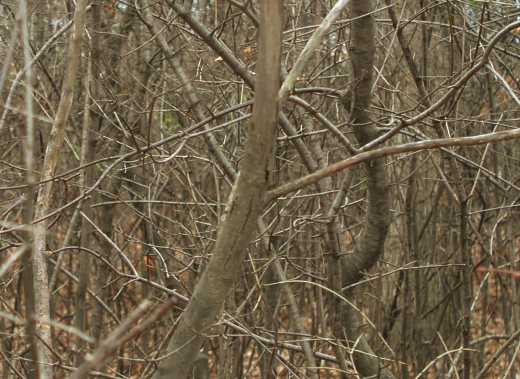 This is a printer-friendly version of the journal entry “Icky and sleepy” from actuality.log. Visit https://emphaticallystatic.org/earlier/icky-and-sleepy/ to read the original entry and follow any responses to it.
« Weak, and furious that I am
Running in the rain. Just don’t »

2 Responses to “Icky and sleepy”