It’s a few A.M. and I can’t really sleep. I’m jotting this down as I stroll around outside my hotel room, almost as if I’m searching for another insomniac to alleviate the loneliness. Where, by ‘insomniac,’ I probably mean ‘sexually frustrated person.’ But they’re the same thing right? Right?

This would be a lot easier if I were curled up at home under familiar settings, but no, I’m stuck in some dingy hotel in what is (allegedly) the most happening city my country has to offer. You see, I’m here for a friend’s wedding, a sort of pompous “mostly north-Indian, slightly south-Indian tradition fused” affair; one which has actually been rather charming to experience. There has been much festivity over the past few days here, epitomised by the elegantly-dressed folk and their song and dance… and drink.

The wedding gift lovingly crafted by Crayola with my pictures over the past many nights was a huge hit; complete with phrases like “this is easily the best gift ever” and “I hope you know our kids and you make it to their wedding,” and culminated with my embarrassment on the dais as I was forced to accept hugs and laurels as I was presenting it.

Upon repeated explanation of the piece,

A clear-enough digital version to see some detail: 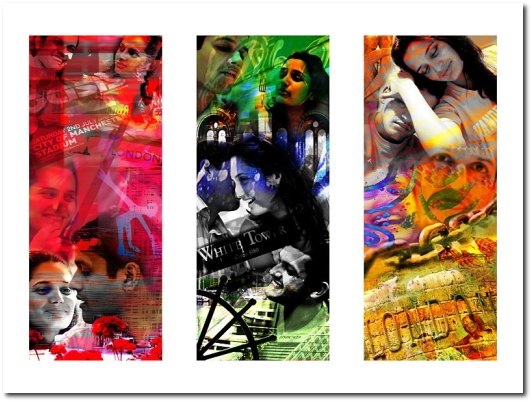 A crappy picture of the final product showing the mostly-transparent framing and size in relation to a couch: 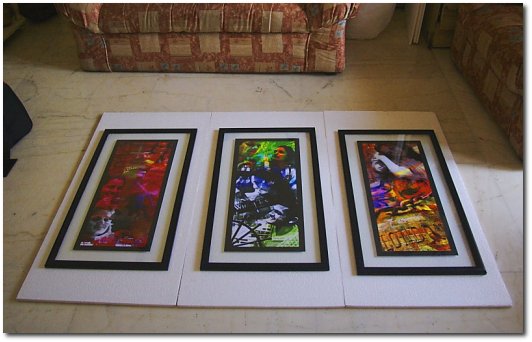 I began to behave like this masterful story-teller on a book tour—pausing for effect when somebody was gawking wide-eyed, and overemphasising the corny bits I knew people were greedily eating up. While all this was rip-roaring fun superficially, I was furious deep down (What’s new, you say?). Apart from the usual anger triggers, I ended up having to deal with a bit more than I’d bargained for. Harping on specifics never did anyone any good, so I’ll leave you with a couple of unrelated observations:

This is a printer-friendly version of the journal entry “Night night” from actuality.log. Visit https://emphaticallystatic.org/earlier/night-night/ to read the original entry and follow any responses to it.
« I don’t want to be angry
Age of innocence »