On all these changes

I kept telling myself I wouldn’t do this, but here it is: A partly-geeky, no-real-news filler meta-post.

I am clearly not qualified to comment on things of this nature, but that hasn’t ever stopped from opining before. On looking at shots of this journal rendered in Safari on MacOS X (looking just the way god intendedTM), I realised I’ve inadvertently gravitated toward a sort of Applesque way of doing things.

As a younger lad, I’ve spent an inordinate amount of time mucking with things like Xfree86 config files, tweaking device drivers for esoteric hardware support in the kernel, and much much more under the guise of “better performance” or something non-concrete like that. I’m calling it “non-concrete”, because I didn’t really have a metric of performance. I just felt that if I put in the time, the results would definitely be “better”. This is the sort of mentality that drives a good portion of the gentoo users, I am sure.

But as I’ve gotten older, I realised I “just want things to work”. I’ve stopped staying up-to-date with the latest hardware and OpenGL drivers just so I can get 3 more frames per second on some game. I’ve stopped modifying and building most things from scratch just because I can. None of that. I want to just push a button and everything to work automagically. I don’t want too many things to make-sense-of staring right at me all the time. I head home late in the evening, I power on the GameCube, within 5 seconds I’m mashing buttons—the way it ought to be. Nintendo realises this, so they’re going to make sure their next generation console caters to the less hardcore in the audience as well.

But what I really wanted to get into today was the redesign of this journal. Rather than get overly verbose, the following images just about exemplify what’s going on. 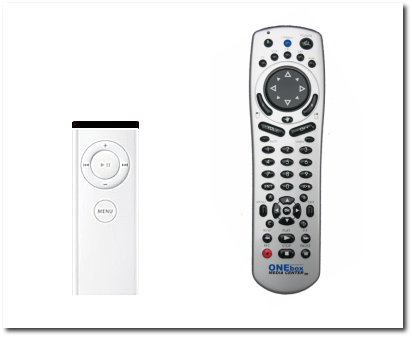 Which of those would you rather use?

I saw this earlier in the context of comparing GNOME and KDE, but the analogy holds here as well. Are things really that much more functional when you have 14,000 links on a page? What about when the text is teeny-tiny centred in a small column somewhere in the middle of the screen? Is that why people spent so much money on their large screens which can work at some egregious resolutions?

I think not. So, this is why this site is now the way it is. This is what I meant by an “inadvertent Applesque gravitation”. And, as much as I hate the company and its rabid community, they really do have some things going for them.

People who are more skilled or qualified in terms of marketing or design may have conflicting views, but I am a simple man, with none of that knowledge.

This is a printer-friendly version of the journal entry “On all these changes” from actuality.log. Visit https://emphaticallystatic.org/earlier/on-all-these-changes/ to read the original entry and follow any responses to it.
« The ever-widening gap
On a programming note »

4 Responses to “On all these changes”