One of five or so, done

I got back yesterday from Baton Rouge, Louisiana. The talk went off well, and I got to run into some interesting people. (And obviously, many more uninteresting ones.) Now if you thought Ann Arbor was some hick town, you clearly haven’t been to Baton Rouge. (Or anywhere in Nebraska). People are, the usual — fat, clueless and there’s a surprising lack of colour. And yes, they talk funny.

Anyway, I’d be lying if I claimed the place was any fun. But being a “business trip”, that’s forgivable. The saving grace was the hotel room. It was awesome. It had two TVs and even a GameCube!

I took a ton of pictures, but I think my camera has an annoying little piece of dust lodged in its sensor or something. So all the pictures have this annoying little dot in the top left. I need to open it up and clean it. And that’s seriously annoying. (I just like using the word ‘annoying’). It’s even apparent in one of the pictures below.

Totally off topic, I was talking to someone who was remarking how it would be hard to forget her, considering she was a blonde amongst so many geeks, and blondes are a rarity in these sorts of things. I, being a geek, googled her a short while later and found some pictures of her from earlier on. She definitely wasn’t blonde then. I wonder what need non-blondes feel to dye their hair blonde and combat the myth that blondes are, well, less intellectual. There’s just no need, I know some people who’re insanely intelligent, and blonde too.

And oh, the only thing crazier than a teetotaller at a bar, 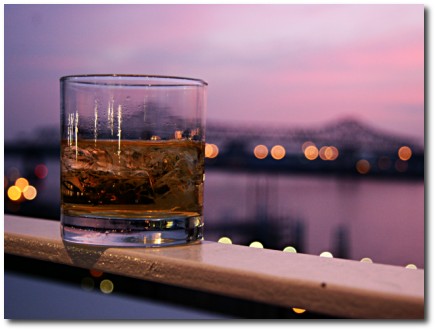 is a vegetarian at a very chic Sushi place. 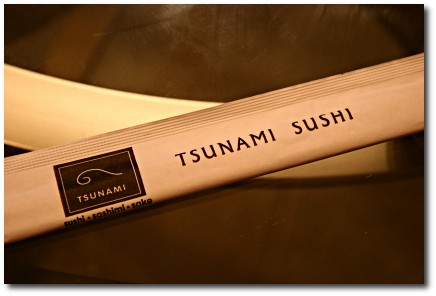 I wonder who the marketing genius was that came up with that name for the restaurant.

This is a printer-friendly version of the journal entry “One of five or so, done” from actuality.log. Visit https://emphaticallystatic.org/earlier/one-of-five-or-so-done/ to read the original entry and follow any responses to it.
« Mississippian Sunset
Most recent talk uploaded »