It “just happened”. Sometime last week, like magic, I just decided to step out of these past few months of unproductivity and do (quite decent) work. Sure it’s cutting in on my goof off time, but I am quite enjoying it. On average, sleep time has been slashed to 4 or so hours a day. These things work, however, in mysterious ways (well, not really) and the slacker portion of me (the large portion) decides to just use the now-less slack periods to the fullest. And, 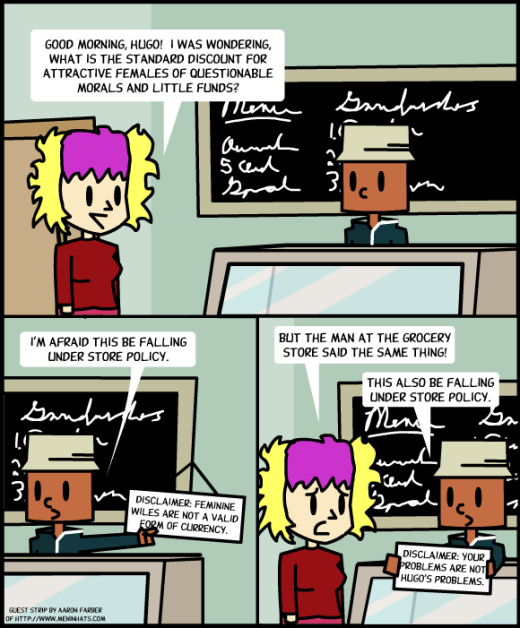 Drawn by Aaron Farber as a guest comic for Scary go Round.

All in less than two weeks. Doesn’t sound too productive now, does it? You’d be surprised.

This is a printer-friendly version of the journal entry “Scaled (un)productivities” from actuality.log. Visit https://emphaticallystatic.org/earlier/scaled-unproductivities/ to read the original entry and follow any responses to it.
« Copyright Infringement
Alien Cross Pollination »