I’ve gotten to see and experience the most interesting things during the course of this trip. Some examples follow.

» Of course, I got to see men in skirts. (And yes, a skirt by any other name is just as funny.) 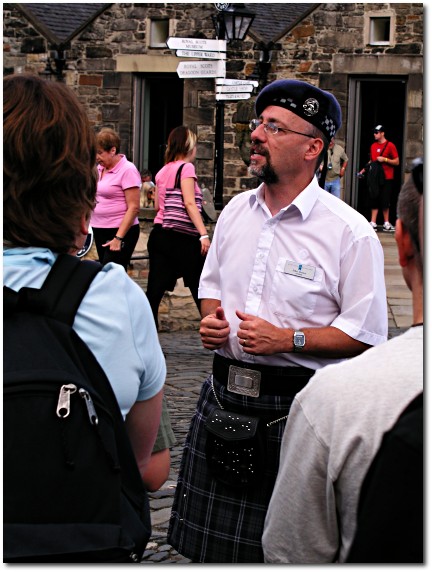 » I got to handle a bagpipe. Now I, personally, can play a few other instruments, but this one is hard as hell to get going. This wasn’t just any bagpipe either, this bagpipe was played for the queen.
» I got to stay at a hotel metres away from one of the blasts, just 3 days before said blasts. Of course, I often took the “route with the blast” on the way to and from said hotel. It’s quite humbling to see the same areas reduced to rubble. (There are no pictures of the devastation, because each time I walk up to the area and try to take out my camera, my stomach knots up.)
» I got to see (really rowdy) riots—as in people protesting to have their voices heard during the course of the G8 summit. I saw numerous shops and such boarded up to minimize vandalism as the mobs walked past. 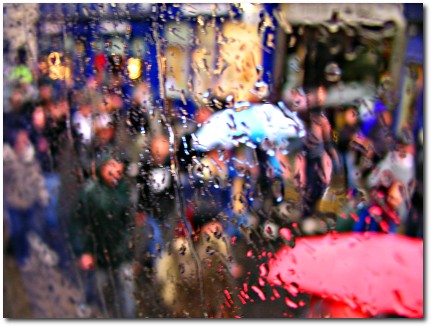 I did scream along with them for a while, as some of the stuff they were fighting for really was worthwhile (but they didn’t seem old or smart enough to realize it), 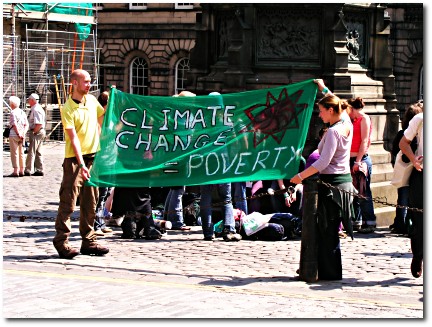 but broke away as I recognized the possibility of spending the night in a Scottish jail. 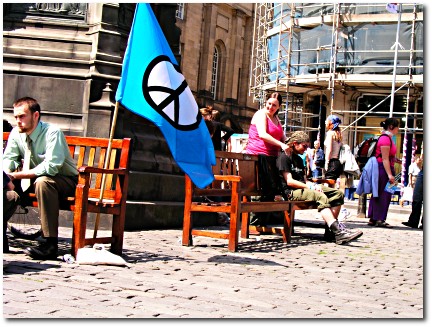 The only thing probably worse than being in jail at home, is being in jail in a foreign country.
» I got to spend a couple of days at what is probably the toughest city in the world, Glasgow. Forget New York, this is where it’s at — if you fancy getting arbitrarily mugged. There is no concept of “bad neighbourhoods” and “good neighbourhoods”, it’s all bad. This is one place I will never ever return to, ever.
» I got to roam around Trinity college, in Oxford, where the likes of Isaac Newton worked. That was pretty humbling too. But being asked by the guide, “Are you a scientist? In my 20 years of doing this, no one’s ever asked me this sort of stuff before” felt good. I’m a “scientist”, yay.
» I got to see people being cruel to cute little pink animals. 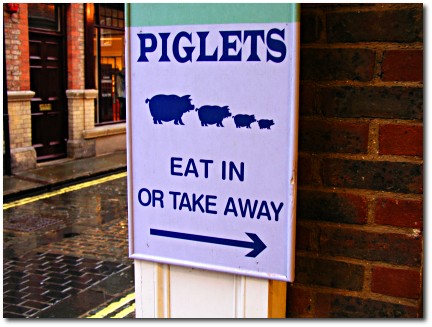 This is a printer-friendly version of the journal entry “Sights, sounds and smells – 1 (of 3?)” from actuality.log. Visit https://emphaticallystatic.org/earlier/sights-sounds-and-smells-1-of-3/ to read the original entry and follow any responses to it.
« Four of five or so, done
Psychedelic Stone »