So much has been going on, the only way to get all of this in is to break it up into small chunks. (Either that, or actually talk about all of it in one large post and have nothing left to say for the next few weeks. You know I’m going to be sneaky about this.)

At work, say, there have been huge changes in the lab. Things have been moved, shelves and furniture added/removed, and all sorts of other remodelling has gone on. The previous set up was quite dingy, and not entirely productive. I mean, no one I know actually sat here and did major portions of their work. They’d all be in some lounge/library/cafe or somewhere else. Being one of the younger (the youngest, if you need the details) guys here has some drawbacks at times like these. I’d been delegated a bunch of the moving things around, throwing unneeded stuff out, moderately heavy (by my standards) lifting, and so on.

But, it’s done, and it seems so much larger. It just feels a lot warmer and a lot more inviting. I mean, I’m actually sitting here. We now have plants :). Poor widdle things might die from neglect real soon. We’ll see.

Switching gears, but keeping to our central theme, change, I looked at a couple of studios today. And I think I’ve pretty much settled on one. It’s very small compared to where I’m living now, and three times as expensive, but I think it’ll be fun. It seems quiet and warm. There are, however, the important things still to be judged. Like how good the eating places are in and around these parts. Here is the view from a sandwich shop at the corner of the street from the house. 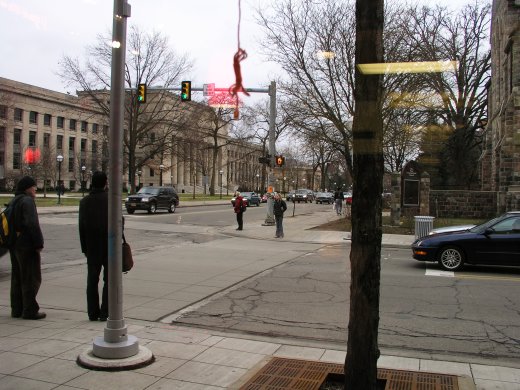 And here’s the half-eaten-sandwich-eye view. Since that’s what counts. 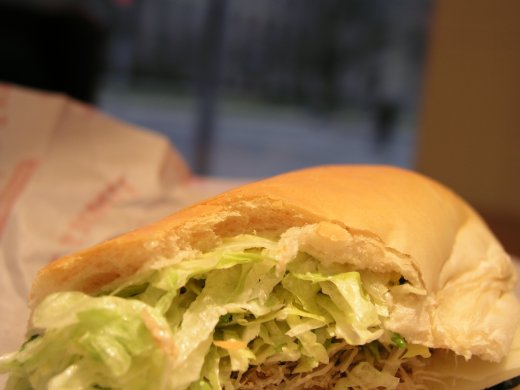 NP. The Corrs – Talk on Corners 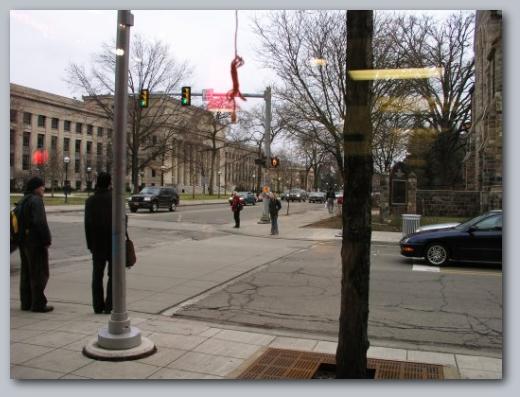 This is a printer-friendly version of the journal entry “Changes everywhere” from actuality.log. Visit https://emphaticallystatic.org/earlier/changes-everywhere/ to read the original entry and follow any responses to it.
« Mystic River (between pangs)
Curses »