Hmm. The idiot neighbour people (No, not the squeaky bed ones above – who have resulted in some recent sleep loss btw. Will complain about that when it gets too bad.) had left their dog loose for a bit last evening and the scary thing charged towards me as I was nearing home. I am not an animal person. Mmmmmaybe a cat tolerating person, but an animal person, definitely not. I have to say it scared me a bit. It’s not a small cute dog. But then again, it’s not like it’s menacing or something like that. But it is large and I’m sure it could hurt you if it wanted. Anyway, when the neighbour dude n dudette did notice, they yelled out to it and it just stopped and turned around. And my heart had had its workout for the month, though all it probably wanted was to sniff me or some such.

It’s pretty fished up to have large animal pet things. It’s even more fished up to leave them all unattended and leashless.

Anyway, paid a bunch of bills today. I am sure a good deal of them are a tad late, but it’s stopped bothering me. Bill time is always related to a “feel poor for a bit” feeling that lasts for the day. Hmm, I ought to pay em in the evening. Quite expectedly, housing chaos is beginning to rear its ugly head again. This time I am better mentally prepared to handle things. It’s just, a major annoyance for no real reason. Also, must check out this place. It looks like fun. Probably, just probably, a fun way to meet people of different age, interests, and sexual orientation having broad thoughts, creative ideas, and diverse backgrounds. Though I am pretty sure it will not be without its fair share of nonsense you have to deal with either. Am curious though.

It’s all easy to say things like “I am definitely going to take at least one picture everyday” and all that. It’s insanely hard when you get down to it. And it’s just my third day at it. Large blocks of text that don’t make too much sense and that aren’t terribly exciting are my speciality. You start looking for the weirdest of things to shoot. Like, here is today’s.. wall. 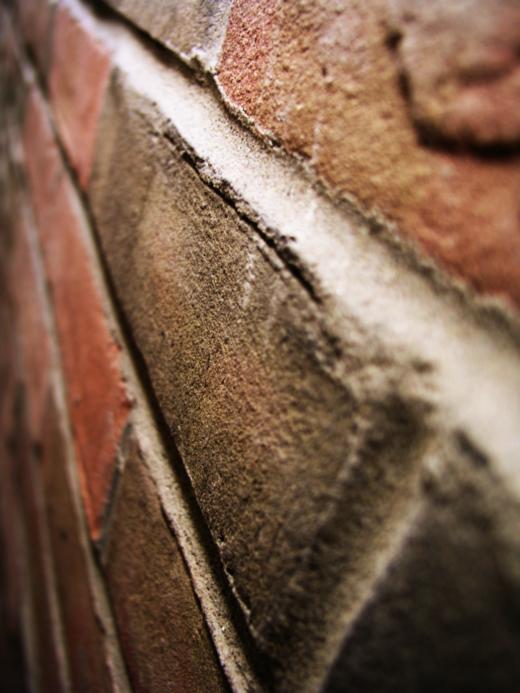 For some reason, groß, grau und unpersönlich were among the the first 10 German words I learnt. I wonder what the authors were thinking when they wrote the book.

This is a printer-friendly version of the journal entry “Home. Neigbours. Pets. Walls.” from actuality.log. Visit https://emphaticallystatic.org/earlier/home-neigbours-pets-walls/ to read the original entry and follow any responses to it.
« Back to work, sort of
Idle art »