I am a painter

Not a very talented one, but a painter none the less. No, not the Rembrandt kinds, the kinds that given a wall and suitable supplies can give it a relatively uniform colour.

It all began with a rather innocuous e-mail forwarded by our favourite incessant-forwarder, Louise. The original mail was from Ryan, a grad student interning at the ECIR, advertising an opportunity for community service and looking for volunteers.

Of course, I look at the mail and go, why not? and register to lend a hand. (Apparently, there were other such events prior to this, but I’d failed to notice as I wasn’t in Ann Arbor until recently.) Anyway, the work itself wasn’t at an old age home (as I’d earlier assumed), but at elderly people’s homes themselves. It was part of a “keep people in their homes” effort of a group whose name I should know but don’t. This was in a part of Detroit that’s predominantly Hispanic and (consequently? apparently) neglected.

As has been happening for a while now, I woke around 4 AM and did whatever it is I do. Got into “work clothes” (since we were warned they might get dirtied) and rushed off to the bus stop around 8:22. Which I thought was good since I had to be there by 9. But noooo. Buses that run every 20 minutes don’t leave at 40 minutes past the hour. So, since I missed our friend at 8:20, my next best bet WAS AT NINE. Not wanting to be late, I set off on foot. Yes, I was still late. (Let the record show I reached only 12 minutes late. Hey, it was relatively far away.)

Some damage control and a half-hour long car ride later, we were at this social service group whose name I should know but don’t. Once we were described the tasks, scrub down and repaint a bathroom or lay a cement porch, we were asked to decide what it is we wanted to do. Some shaky hand-raisings later, the groups were formed, and we were off to Mrs. “Name I should know too but don’t”‘s home to paint her bathroom.

Typing is too much work. I’ve had a hard day. Well, not really, but I’m just lazy. A few annotated pictures will have to do.

Ryan, with his (eventually not really necessary) wheelbarrow crushed into his trunk (bungee cords and all) as he readies to transport part of the “porch-fix” group to the home that needed its porch to be fixed. I wonder if it’s safe driving being unable to see behind your car. Anyway, no one got hurt. (Actually. Someone did apparently. One of the women got bitten by a dog and was rushed off to a hospital. That’s all I really know, and that everything is really fine.) 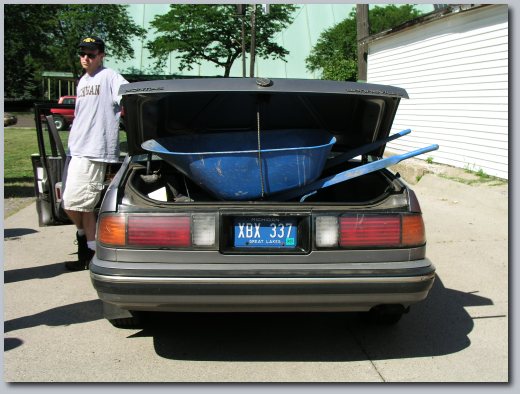 Our group, driven by Roger, ended up at Mrs. “Name I should know too but don’t”‘s home, and were introduced to her bathroom. 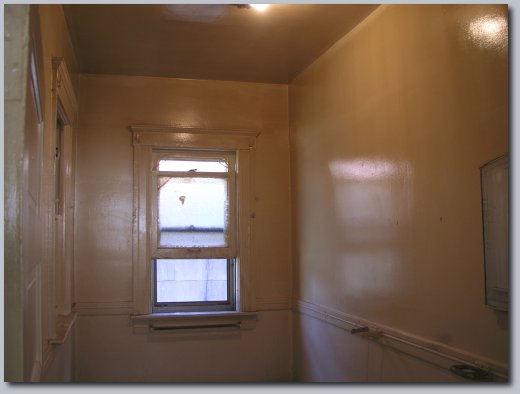 We soon got to work. Here are members of the team laughing while trying to fake struggling-to-open the can of paint like I asked them to. 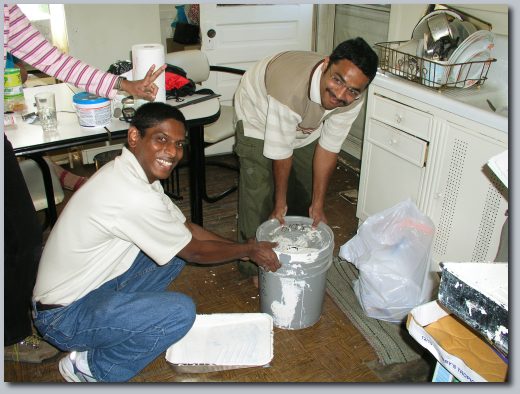 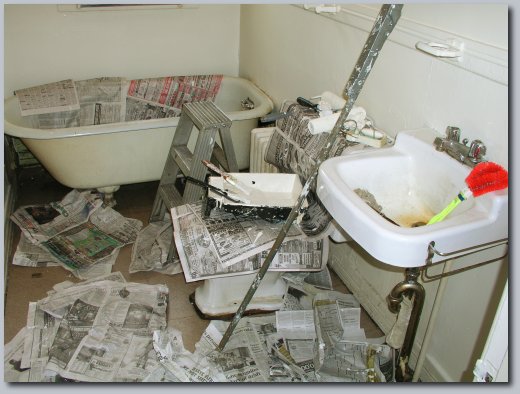 A subset of the happy team at lunch break. Happier still cause it was a break, and there was lunch. 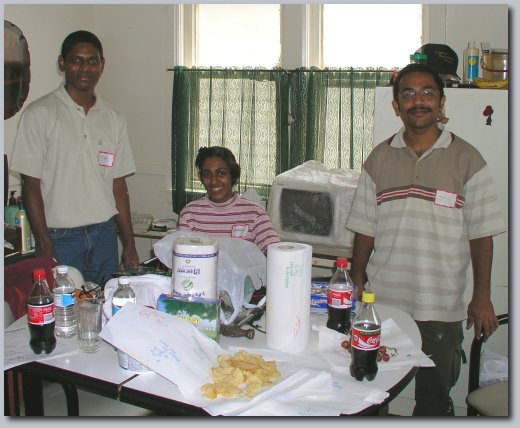 After some relatively quick goofing off, things got busy again resulting in the final product. (Hmm. Looking at it now, that window needs a lot of work still. Ah well, there’s always a next time.) 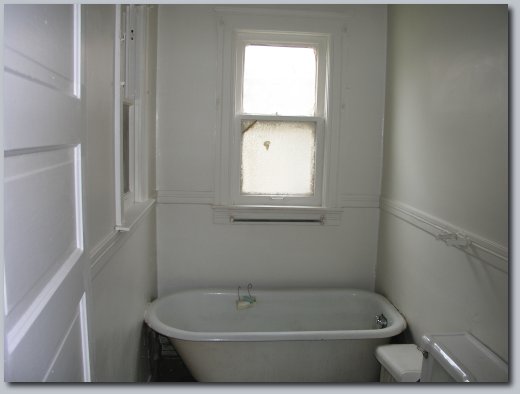 Since the other group wasn’t finished yet (claiming their work was harder), we 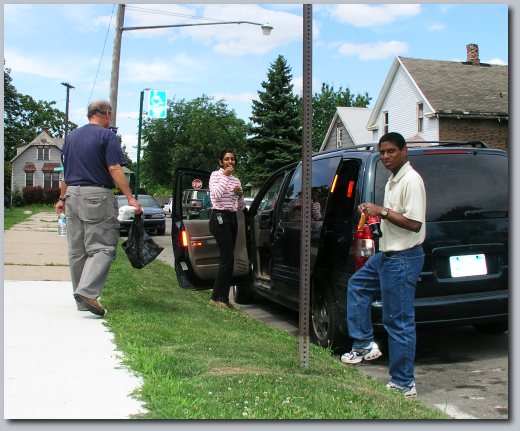 left Mrs. “Name I should know too but don’t”‘s home to find the other guys (conspicuously sans injured woman) hard at work at the other place. 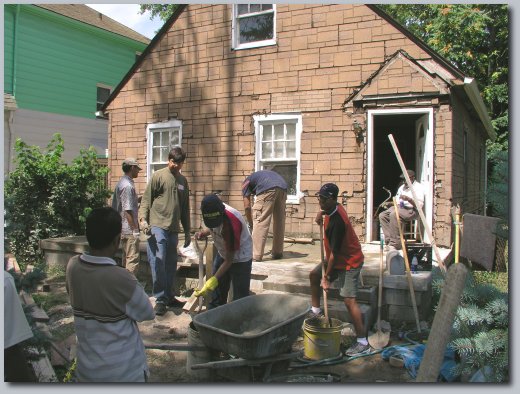 Since they were busy, us slackers decided to take a walk around the neighbourhood. Resulting in observations weird 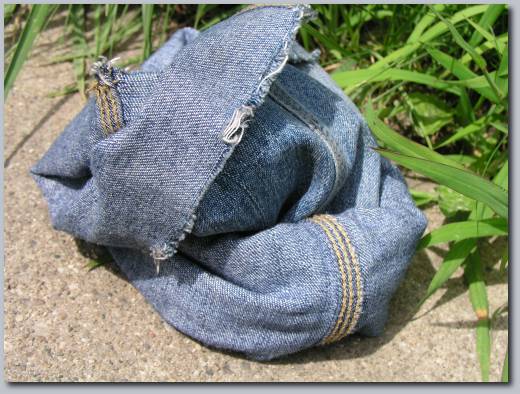 and interesting. (Now I know I want 300 steps to my porch when I’m old. I can’t stand steep steps.) 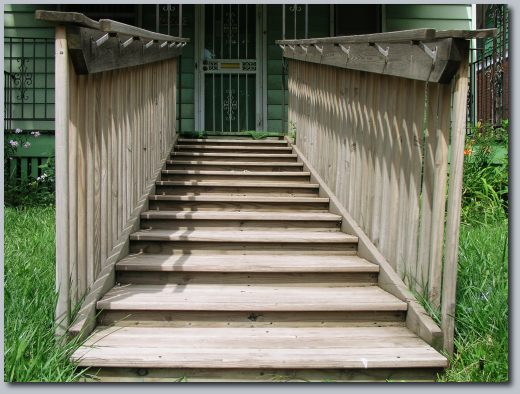 Once everything looked fine there, 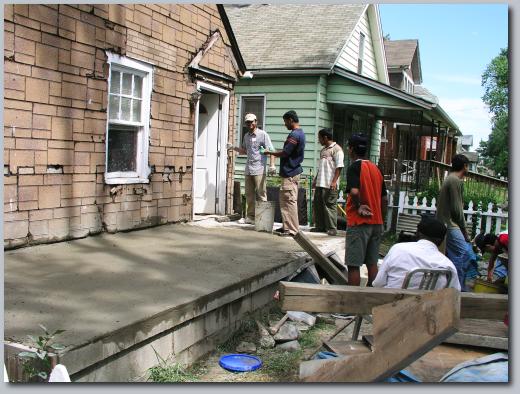 we headed back home to be greeted by extreme traffic. 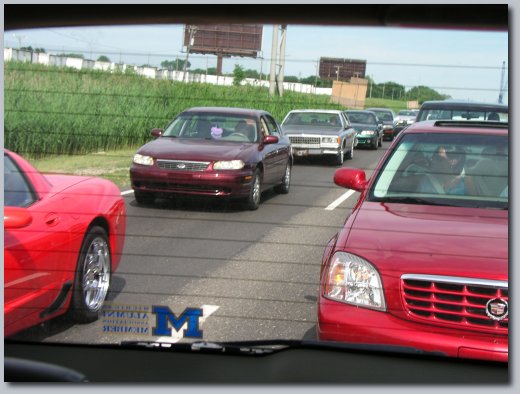 Delayed just an hour and a half or so over our original schedule consequently, we reached Ann Arbor. Of course, I happened to notice the cutest balloon poodle ever during the bus ride back home. 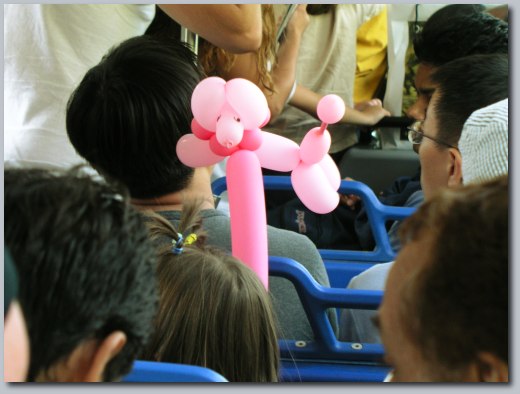 It was a lot of fun. I will do stuff of this sort whenever they pop up and I’m able. Hey, I’m not uni-faceted.

But hey wahgnube, you aren’t in any of the pictures. I don’t believe you were really there or touched paint.

How about the fine droplets of paint on my glasses’ lens (which isn’t going away, scarily). Irrefutable proof I say. 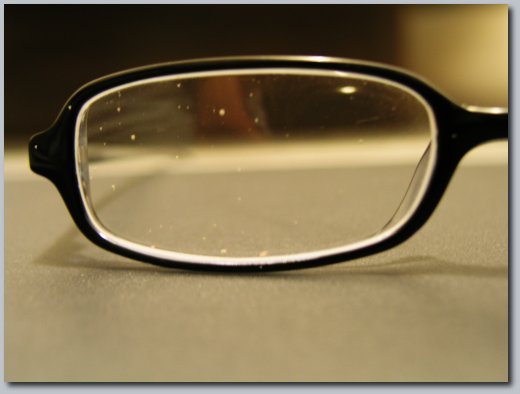 or the blob on my shirt? 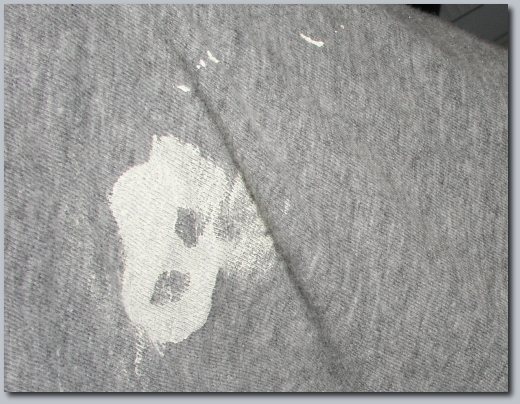 There, are you happy now?

This is a printer-friendly version of the journal entry “I am a painter” from actuality.log. Visit https://emphaticallystatic.org/earlier/i-am-a-painter/ to read the original entry and follow any responses to it.
« Busy bee
Exhausted, in a good way »

2 Responses to “I am a painter”