Saw The Family Man yesterday. It’s not like I have a thing against fantasy movies, but this was just a bit much. It started off funny and soon degraded to “Gah! Pierce my eyes and let me out of this misery”ey. If I had something better to do last night, I’d have gone and done that. Obviously I didn’t, and this is the pain I had to endure.

But I have to admit it dealt with something I’m sure everyone wants. The chance to “just know” what would have happened if things had happened differently. That’d be cool, and you know it. Even our friends at MT make references to it. Actually, being a l33t hardcore gamer type, I think at some point you just hope real life’s like that too. Where you can save at regular intervals, scew up something big time, and restart at those points like nothing happened. Again, that’d be awesome. 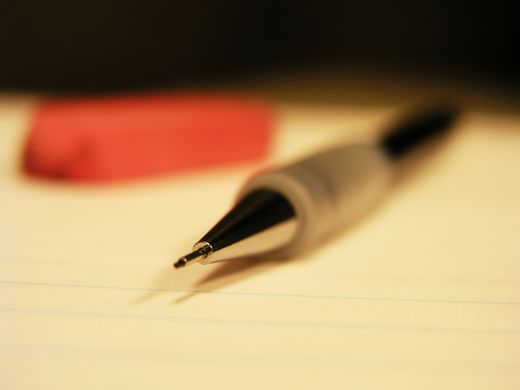 Yes, I have things to do and am at work. But that doesn’t have to stop me. Pencils are pretty.. enough. They were shot on a manual focus of, IIRC some 6 and 4 cm.

This is a printer-friendly version of the journal entry “Movies and pictures” from actuality.log. Visit https://emphaticallystatic.org/earlier/movies-and-pictures/ to read the original entry and follow any responses to it.
« Megatokyo!
Back to work, sort of »

5 Responses to “Movies and pictures”