1. I am definitely not the insensitive type, but I can play one if the moment calls for it. This is one such moment.
2. I don’t usually talk about such things, i.e. things of common general interest, but of no immediate consequence to me, because:
a. However I act or whatever I claim, I am an inward looking self centered bastard, and don’t really give a damn about happenings outside my little bubble.
b. Talking about such things is tantamount to admitting my life is boring, and a desperate attempt at whoring for hits and comments from interested third parties who’d like to hear another opinion, and more importantly, have their say on the matter, yet again.
c. I am not really into current affairs and so on, and really don’t know what happens in the world. Nor do I care, of course. I know a lot of cool stuff in areas that I am passionate about. For details, refer (a).

But returning to what it was I was trying to say.

With the whole feeding tube debacle now slowly crawling out of being the most often brought up story on all major (and minor) news programmes, I shall open my mouth on (what could be, you never know,) my take on things.

I submit exhibits A and B.

Exhibit A: The woman on a normal day: 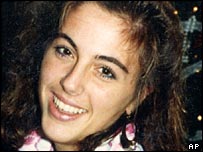 Exhibit B: The same woman after she’d been through some changes (her heart stopped at some time in the past, oxygen to the brain was cut off, and she was left brain dead though the heart was soon restarted): 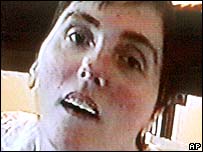 (Images stolen without permission from AP. But then again, it’s not like as if everyone hasn’t already seen at least the second one some 34,739 times anyway.)

None of these really matter. Not one thing.

I, for one, am quite sure what she really didn’t want was to have that disheveled image of her be the only one people have of her, as everyone (news organizations, courts, lobby groups, C-list celebrity wannabes, …) capitalized on her deteriorating situation to make an argument in front of the entire country.

Whatever the decisions reached, or the perceived moral implications attached, people should primarily have a right to do things without it turning into a circus. A circus where that picture is flashed every 20 seconds.

A chance at dignity ought to be a fundamental right.

This is a printer-friendly version of the journal entry “The Feeding Tube Chronicles” from actuality.log. Visit https://emphaticallystatic.org/earlier/the-feeding-tube-chronicles/ to read the original entry and follow any responses to it.
« I give up
Changing Formats: Singlearities »