This is just a filler post. Real material will resume tomorrow. (Or is that much later today?)

There was a feature request for delineate the other day that wanted the posts vertically centered as well. You know, so they don’t look downright crappy (as in asymmetrical) at high resolutions. As it turns out, for all the talk “web designers” spew about not-using-tables and only using XHTML and CSS, there is no clean (as in trivial) way of vertically centering things using CSS.

So I resorted to much evil hackage, and voilÃ ! 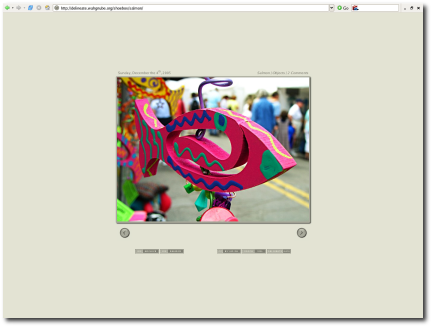 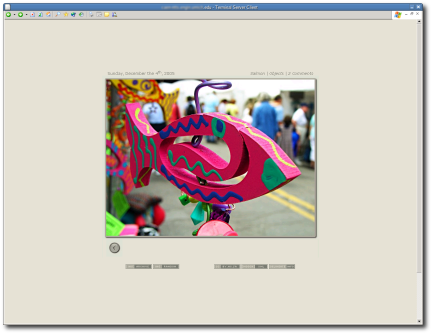 While I am at it, I might as well post a couple of other pretty pictures. Since the source for delineate was free since inception, a few people have snagged it and extended things in their own cool ways. I just post one of these interesting ideas below; incorporation of EXIF data and other general picture information along with the post comment window. 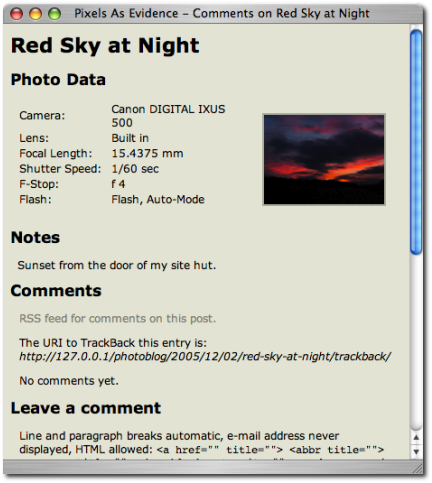 And, entirely unrelated, but too cool to pass up, here’s my new Emacs rendering super and sub script in LaTeX-Mode.

This is a printer-friendly version of the journal entry “Vertical centering” from actuality.log. Visit https://emphaticallystatic.org/earlier/vertical-centering/ to read the original entry and follow any responses to it.
« Royal thicket
Tanking up »