Just returned from my aunt’s place where I had run off to for the weekend. I probably will buy myself some quick bake cookie thingies and quick make ravioli thingies in the future.

I’ve been sleepy all day long. Could barely keep my eyes open around 3 in the afternoon. I’ve managed to force myself to stay up so long. Why? No real reason, just so that I don’t sleep at 5 in the evening and wake at some 2 in the morning or some such. I need a routine. And I’m going to get one.

Was helped by a couple of movies. “Kate and Leopold” and “Meet Joe Black”, though I have seen them many times before. The first is undeniably “cute” and the second is easily one of the cooler movies I’ve seen. 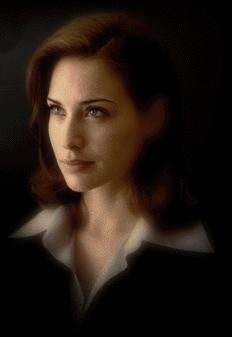 (Oh her, and I guess I am a sucker for movies where fantasies set on premises that shouldn’t be able to hold, “just work out”.)

Also, been listening to Norah Jones, the same album cycling over and over, for most of my day. It’s interestingly different. And I’ve suddenly started liking it a lot.

And no, it’s not like I’ve crossed over to the dark side. I have the cool pro-Oasis line to prove it. Of course, it seems Oasis have become established enough to stop ripping off the Beatles… so now they’re ripping themselves off. And they’re damn good at it.

During this idle time, I decided to look into alternatives to power this site and blog. After some careful analysis (well, not really, more like choosing on a whim) I’ve decided whenever I do update it, it should be based on Drupal (for the seemingly involved and nice community behind it). And it should look somewhere in between Monologue and Hacker heaven (down at the moment). Also, need to steal/recreate (steal, most probably) Monologue’s script for auto coloring code, which is cool.

I mean it’s not like I don’t like the current scheme of things. It’s just, some portions are more complicated than they have to be? Like my life :)?

Been carrying my camera with me everywhere. Just for when something catches my eye. Nothing, so far. Right now, I NEED a tripod.

I really had a lot more to say. Something about how important I feel the early developmental years of a child’s life are (among other things), but I don’t think I can stay awake too much longer.

This is a printer-friendly version of the journal entry “Yawn” from actuality.log. Visit https://emphaticallystatic.org/earlier/yawn/ to read the original entry and follow any responses to it.
« Eclipses, ponytails and geekisms
Reality, and reality tv »