Where did you not want to go today?TM

I saw High Fidelity again yesterday. I was sobbing like a little baby.

So this is how it works, though I wonder why. For a while you’ll be all normal, dousing yourself in the mundaneness of everyday life. You lock yourself up (metaphorically) in this little room and put in the many many hours of studying (or working or singing or … ) a day. You attempt to get on with whatever it is that you do, and keep yourself … I guess the word I’m looking for is .. occupied. It’s a life. You start .. attempting to suck .. happiness from the smallest of sources. I mean? What’s this all about? It’s a survival mechanism. While I’m.. admiring this pretty flower while avoiding that nasty looking bee, I’m not hurting myself with want clouded memories.

Not particularly happening, but it works.

But not well enough. Then there’s this one small thing, (actually it’s many small and/or big things, since just about anything you see/do/hear/smell.. can trigger these emotions) and you’re back to exactly where you didn’t want to be. You’re suddenly pining away, this rush of memories and wants and hopes and all that hit you. They trigger emotions you’d kept (you thought) quite well leashed. You suddenly feel all lost and alone.

It doesn’t serve too much of a purpose. It’s almost like you enjoy arbitrarily torturing yourself.

You’d think rational people’d go, hmm, so it doesn’t serve a purpose, let’s kill the feeling. But it’s not as easy as that, obviously. Then there’s the constriction of communication channels. You can’t rush out and say things the way you once could, because now you’re not really sure what’s out of bounds. I mean, with changes come new boundaries, and you’re always worried about screwing up some more.

It’s like, you’re probably thinking along the lines of, “If I had the chance to hang out with the coolest people in the world, or be with this <insert insanely desirable quality here> person, or stay at home and be beaten at scrabble (while I was attempting to cheat none the less) by you, I’d still definitely pick you.” I mean, sure this sort of thing might work in a movie or some such, but what if circumstances are so that you can’t say it like that. Or that you can, but it won’t make a difference. However, come to think of it, I doubt however it’s said it will make any difference. It’s just, for whatever reason there’s this need to dream up ways of saying something like this without actually saying saying anything.

Meet a few hours of toiling away’s worth of an image. 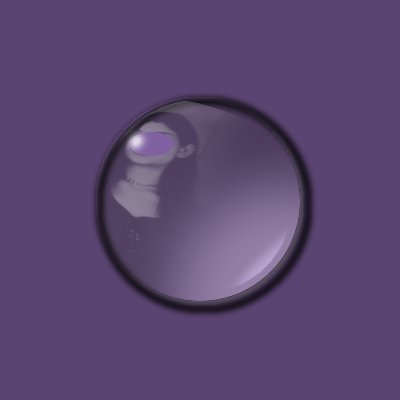 Purple blobs obscuring faces are privacy’s friend. And your friend against lawsuits.

Of course, the colours chosen are significant. And she has this fascination for rings. And I can be, well, a stone emotionally. So there you have it. The deal being, the stone is close enough to her to pull off that reflection. Meaning, where this stone wants to be. Close. Even if just as some cold inanimate presence.

There are a bunch of subtleties I won’t bore you with. But the deal is to say as much as you can with actually saying as little as possible. That way you don’t go out of bounds, and if understood, great. If not, it’s just some picture which ends up in some folder, or worse.

But sadly, this sucks on one more (selfish) level too. Which I fear is the most detrimental. The moment someone else out there indicates the slightest interest in talking to me, (which we sneakily construe as interest in me), I can kill it in an instant, like now, with this sort of behaviour. Your head’s all, ok, be all cool and understated, it’s going to be fine.

And then BAM!, this is the sort of thing you do anyway.

Man it’s hard not being suave.

This is a printer-friendly version of the journal entry “Relapsing” from actuality.log. Visit https://emphaticallystatic.org/earlier/relapsing/ to read the original entry and follow any responses to it.
« Not an obligatory plug
Argggh »